My online activity has been a little lapse recently but I do have mitigating circumstances :-) I was showing at the CPA Ceramics Fair in Oxford on the last weekend of October and for four weeks prior to that I have been busy teaching  the new intake of students at loughborough Unviversity's School of the Arts. I have also taken down the old anagama kiln there and started rebuilding the new one. I managed to salvage most of the materials from the old kiln. The only parts which were beyond redemption were the hot face firebox bricks and the area around the flues at the back of the kiln. Everything else was put on pallets and transported to the new larger kiln site. Only about 200m away but in a new yard. The stage I am at is just grunt work. Bedding and leveling 160 dense concrete hollows to form the kiln platform  and I have now started to lay the firebrick floor, although i've just run out of fireclay to make the bedding mortar (surpisingly tricky to get hold of in powder form), so i'll be a little delayed waiting for that to arrive. I've been documenting the new build after each day and I've selected a few to post here. As the kiln progresses I'll post updates. I'm hoping to get the kiln finished mid February ready to fire in the spring. 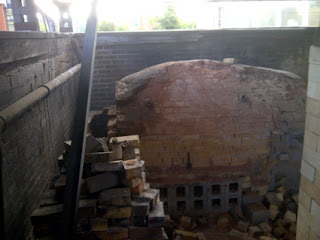 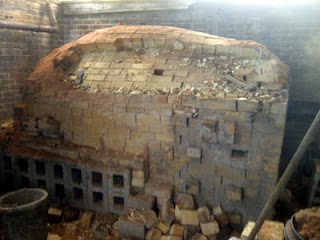 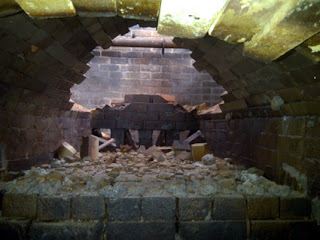 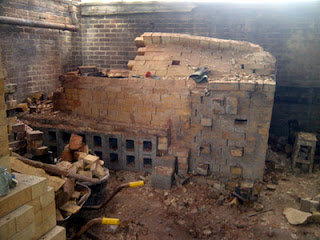 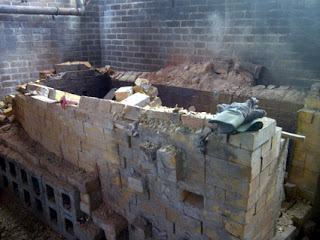 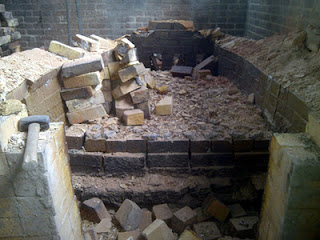 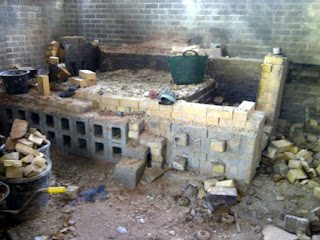 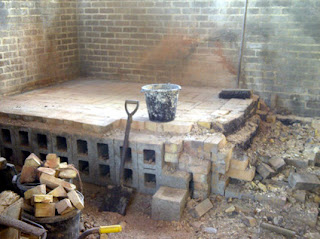 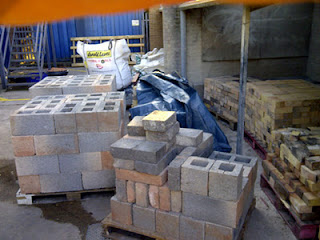 These are the rough plans which I drew up several years ago when planning. Some of the details of stepping and area dimensions are altering slightly as I lay the blocks and the rear of the kiln will be more like the side elevation image with the back of the chamber tying into the base of the chimney above the exit flues rather than an elongated flue running to the chimney. But you'll get the idea hopefully. 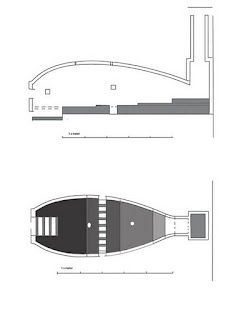 And so, the first blocks! 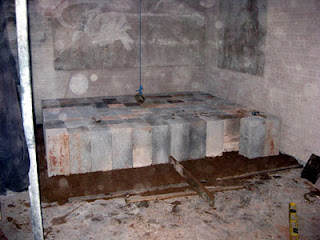 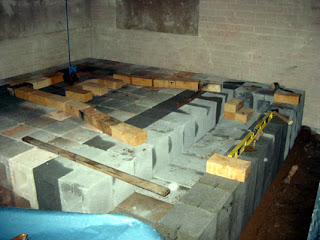 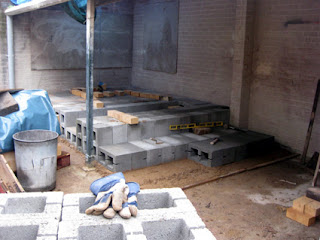 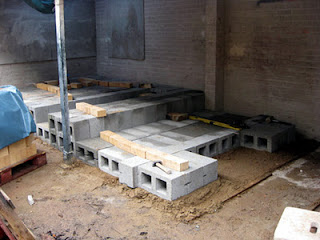 This image shows the general lay out of the new kiln. Grated firebox extending deeper into the body of the kiln than in the previous kiln with stacking space around the sides. The 1st level packing will be at the same level as the grate and will allow coals to mingle with the work as well as giving good space for shelf stacking behind. There is then a step up to another shelf stackable area and behind this is the block channel for the side stoke grate and ash pit. behind that will be another small step up and another shelf stackable zone in front of the flues. 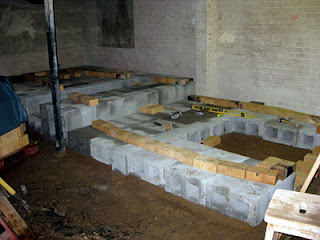 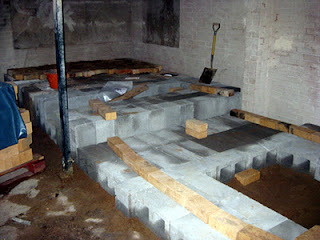 This picture is the most recent. Later.
Posted by Ben Brierley at 23:12 2 comments: