Merry Christmas, happy holidays and have a great new year

Well, the festive period is here again. Dismantling work on the kiln has stopped for a while, I'm a little behind on where I would have liked to have been, but will hit the ground running in 2015 :-) I'm working on some new pieces for the first firing next year, and will be showing them at Earth and fire.


Wishing everyone a merry Christmas, happy holidays and see you in the new year :-) 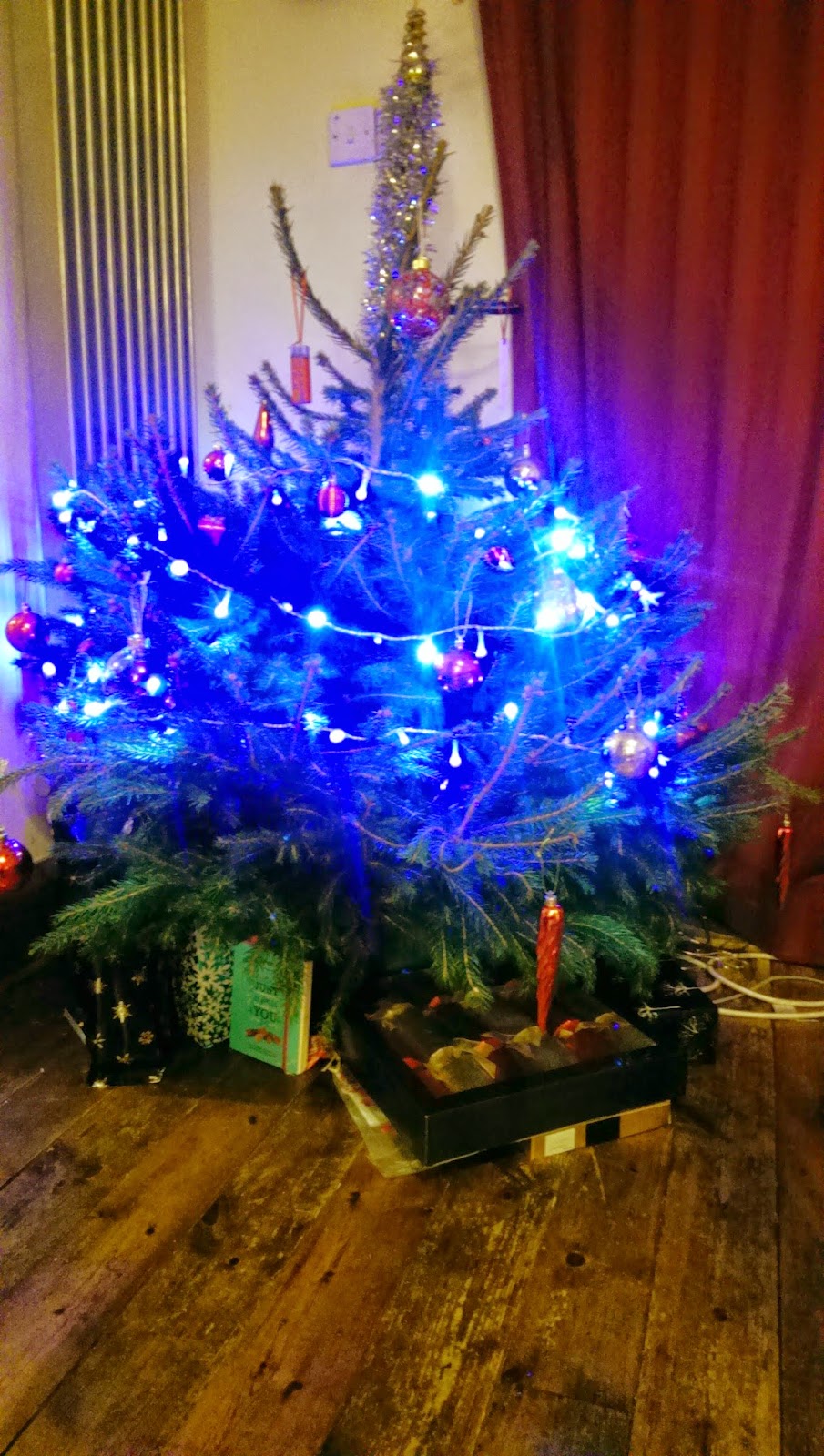 Posted by Ben Brierley at 19:47 No comments:

Well that's the CPA Oxford show done. It was excellent as usually and great to catch up with folk. It's been pretty, no, very busy recently at work with lots of inductions into ceramics going on, throwing and glazing workshops with a bit of Raku firing thrown in for good measure. I'm just starting to get a bit of time to really push on with the kiln dismantling in preparation for the new build. It's starting to feel as though I'm making progress. I'm hoping to have the floor and arch former in place before Christmas, anything further than that will be a bonus :-) 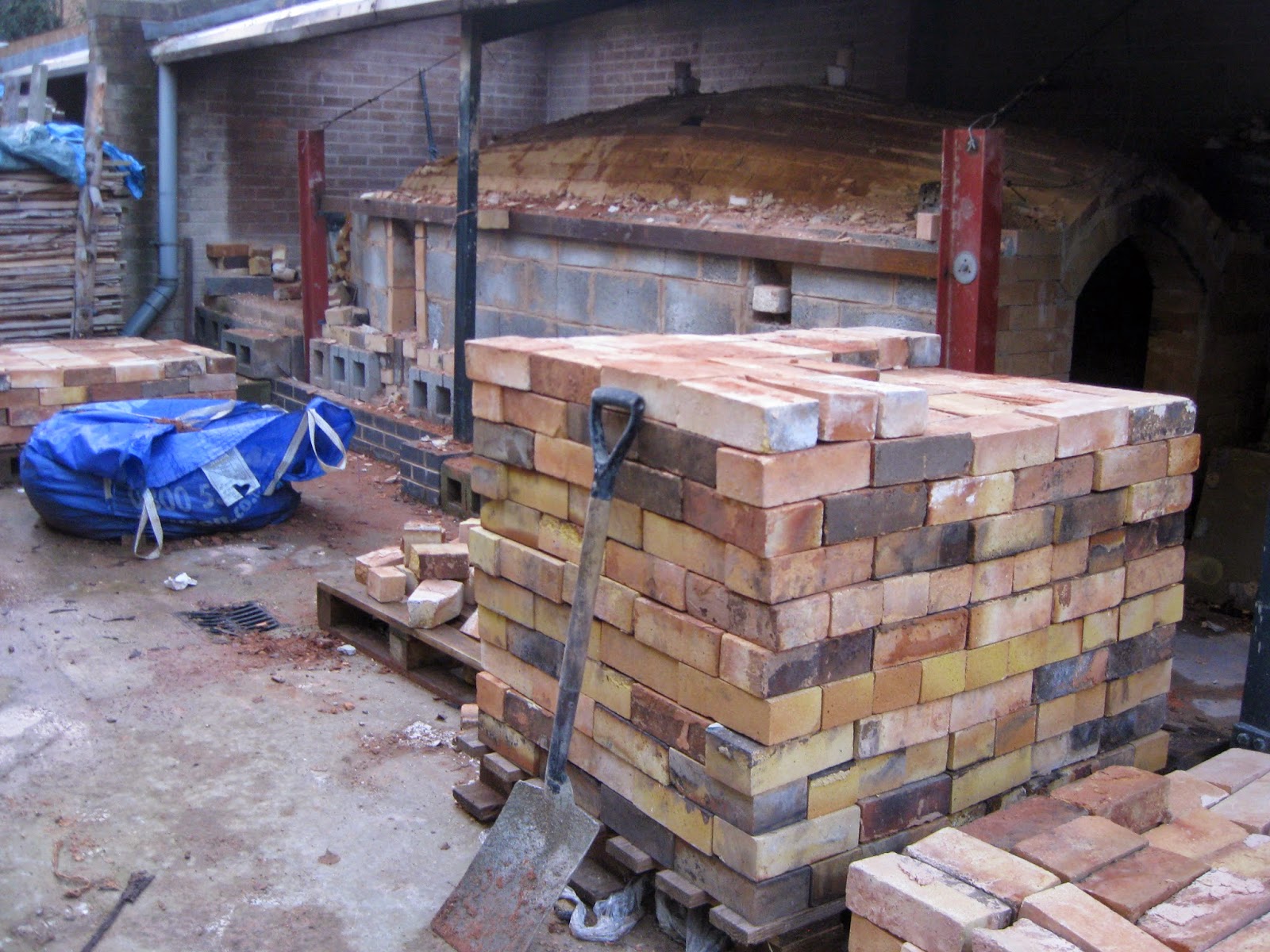 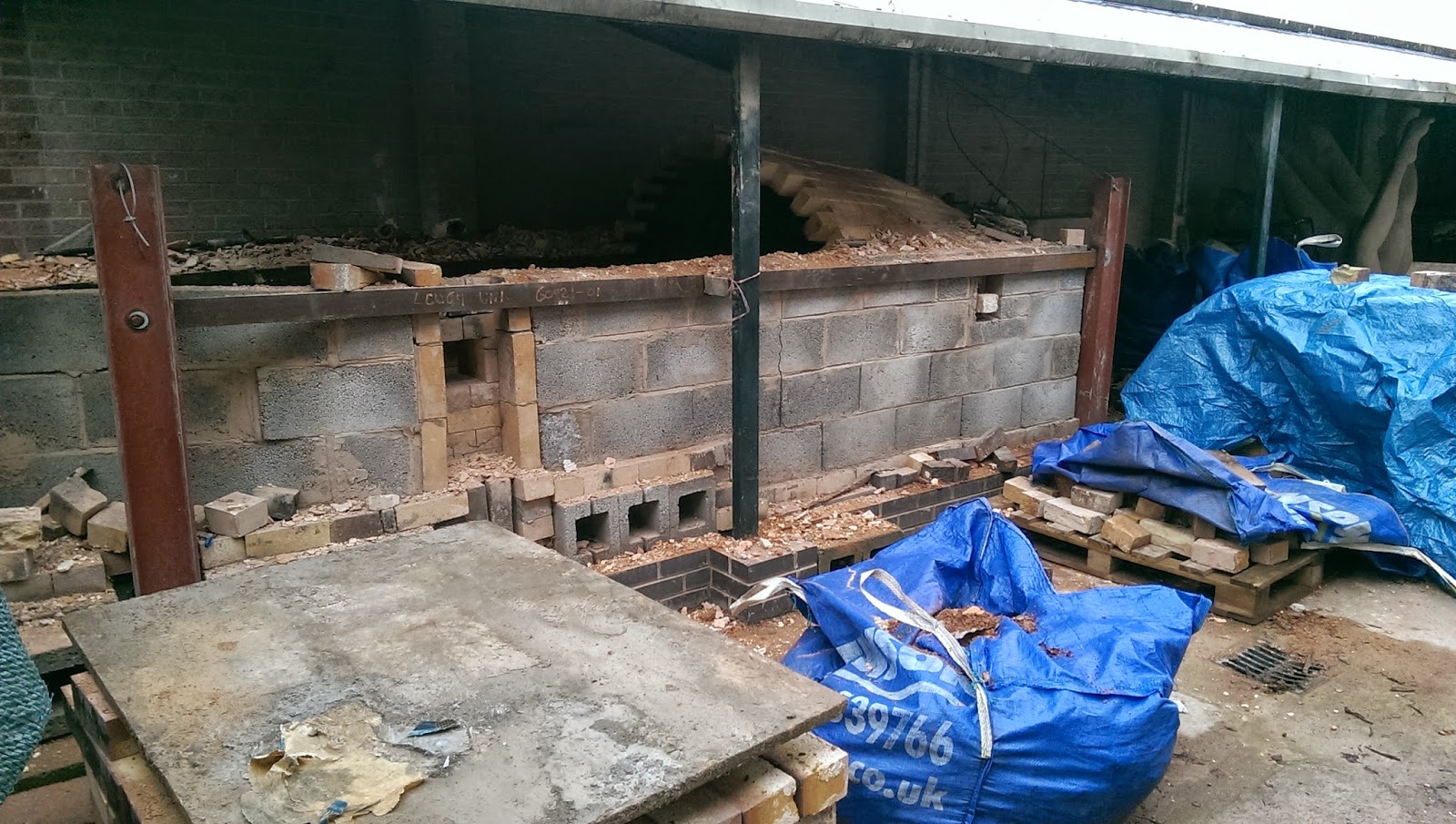 I've started making work for the next firing, having postponed the Wysing firing due to a bit of repair work which needs doing. A couple of bricks have fallen out of the arch just in from the firebox so we need to come in from the outside of the kiln arch and replace them. I was down there a week ago with Steve (Parry)and Ed. Penn one of our students, dropping off hard wood for the firing and cutting and stacking some of the pine in preparation. We didn't have time to fix it then, so will head back down in due course, carry out the repairs and do one or two other jobs around the kiln ready to fire in the spring. We've been firing the kiln for almost 20 years and like the pair of us, it feels its age occasionally. :-) 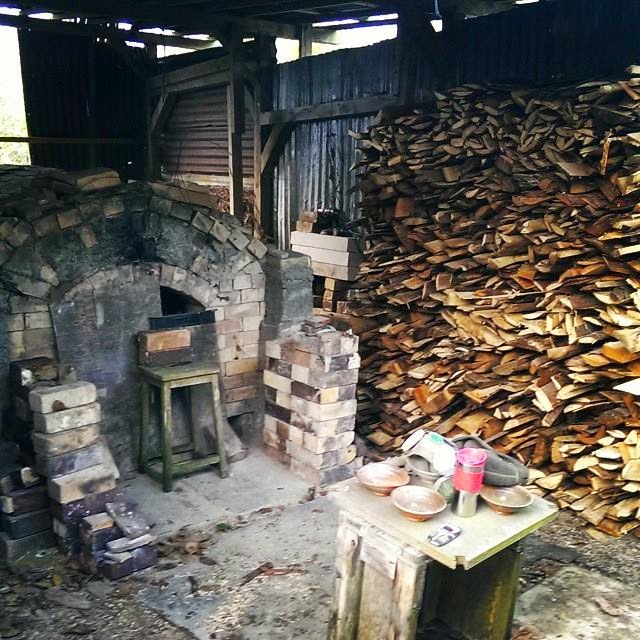 While down at Wysing I picked up work which had been in the "Influence of furniture in love" exhibition. I think it was well received. Here is a link to the exhibition page at Wysing arts centre. 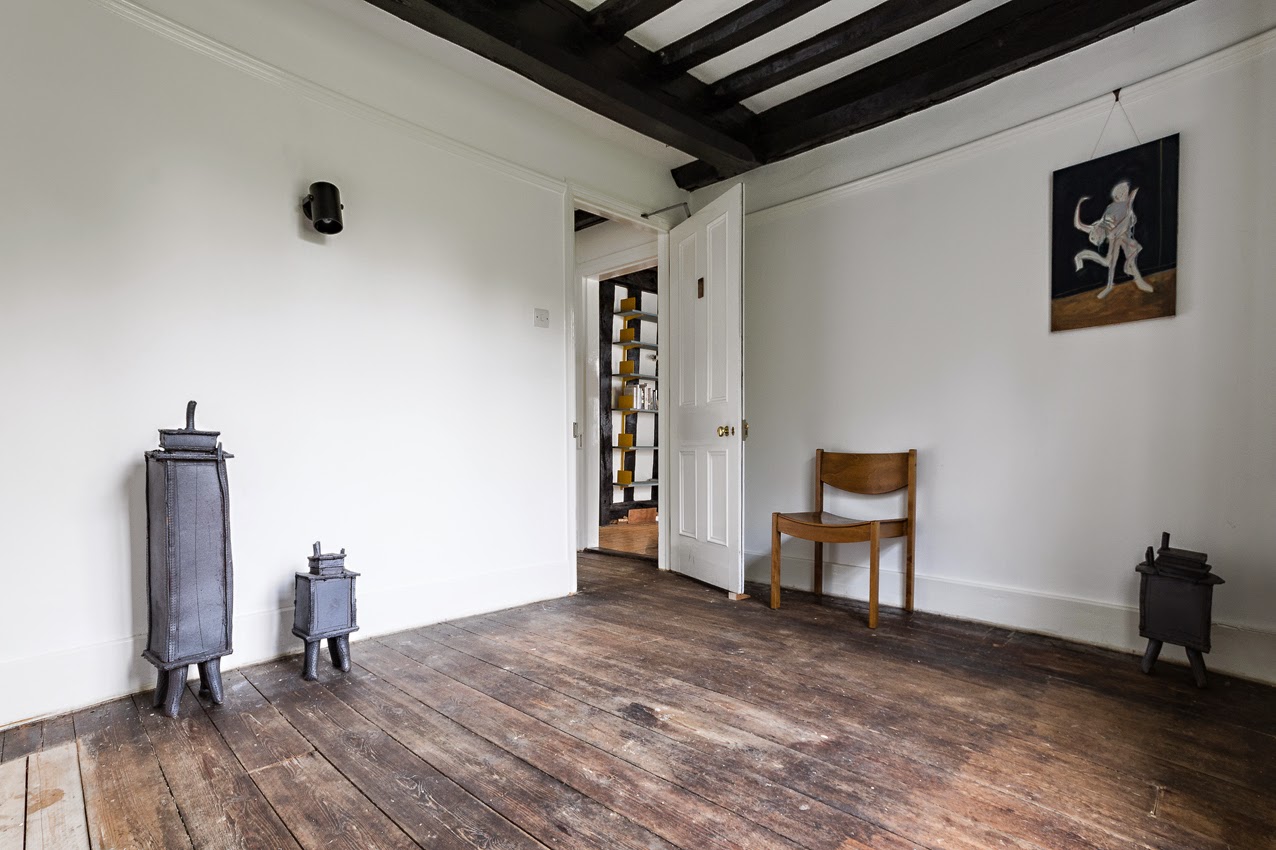 Last weekend I dropped off work at "The ceramic studio" at Ettington Park in Warwickshire, run by Bruno and Leyla Dauvin, for their Christmas exhibition. It looks to be a great exhibition and opens next weekend 29th and 30th November and runs until January. If you're around the area why not pop in, they will make you very welcome.


And that's about it for now. I'll keep posting updates on the kiln building over the coming weeks. Time for tea :-)
Posted by Ben Brierley at 16:58 No comments:

The leaves have definitely changed now, with a great display of Reds, golds and yellows, it's dark by 6.30 and there's a chill in the air. All my work is now packed ready for the  Oxford Ceramics Fair which takes place at St. Edwards school in Oxford this weekend 25th-26th October. Looking forward to catching up with folks. Below are a couple of new pieces which I'm working on for my next firing which is the Wysing Arts Centre anagama towards the end of November. 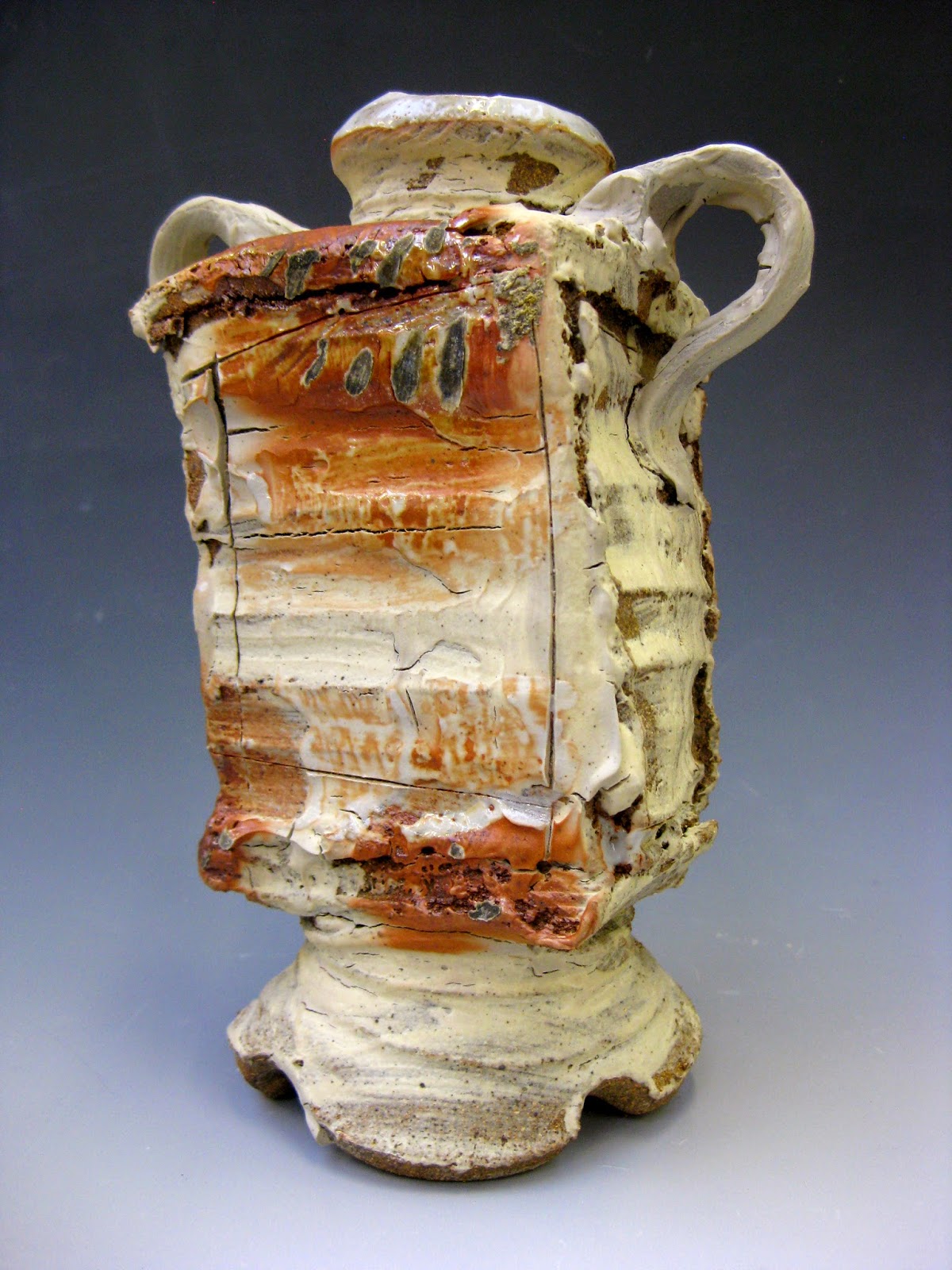 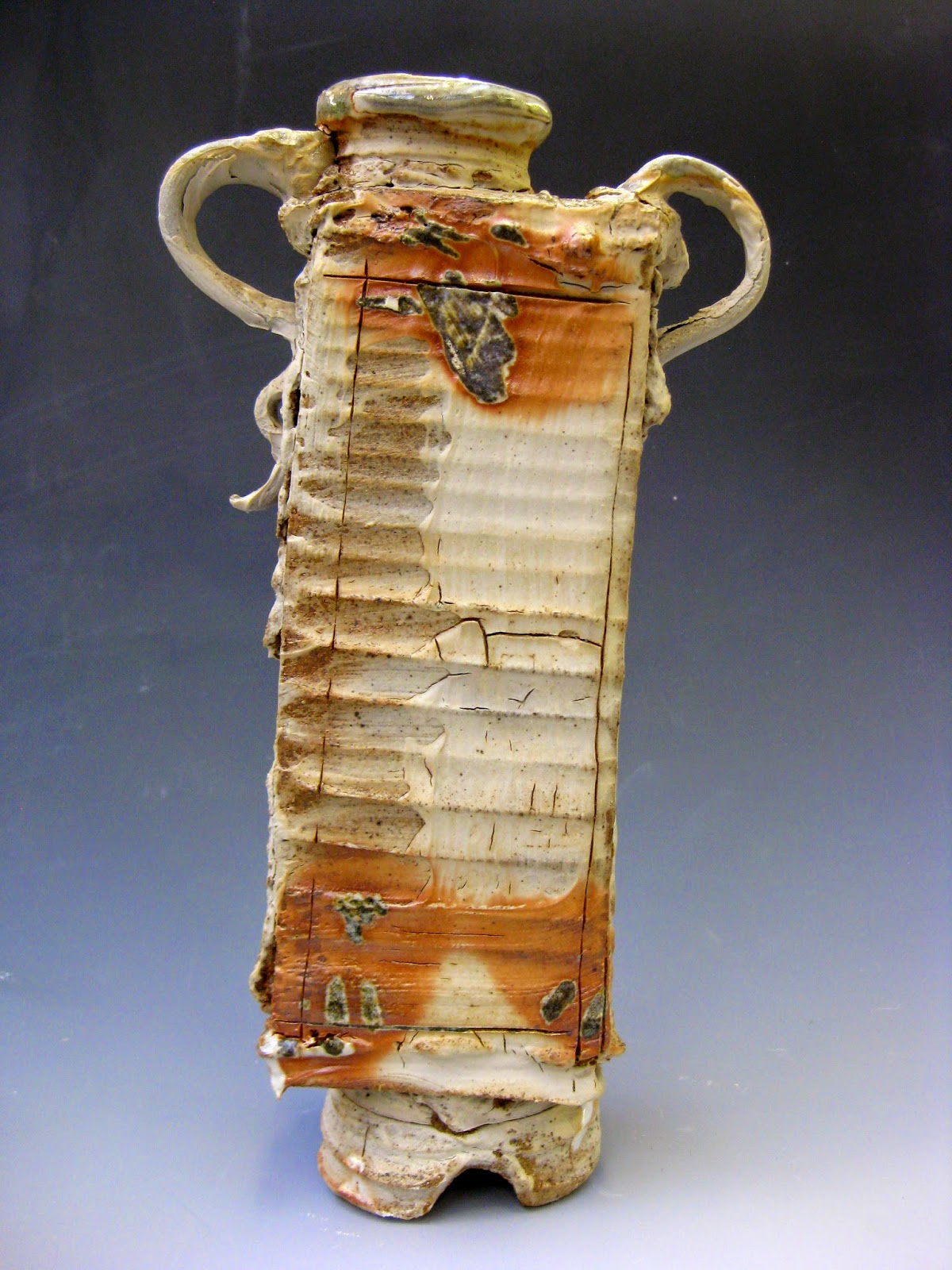 I'll be taking the last load of wood down there next week and spending the day chain sawing wood and stacking it ready for the firing.
Here in Loughborough exciting developments! I have begun dismantling the large anagama to build a smaller anagama kiln which will provide even more opportunities to carry out extreme firings. I'm revisiting clay surfaces and developing slips which (I'm hoping), will create some really dynamic surfaces in the new kiln. I'm hoping to have it ready to fire by February which is when I would have been firing the larger kiln. One of the other advantages of the new kiln will be more frequent firings. If you're around Oxford over the weekend why no come in and say hello :-)
Posted by Ben Brierley at 12:28 No comments:

What I did on my summer holidays 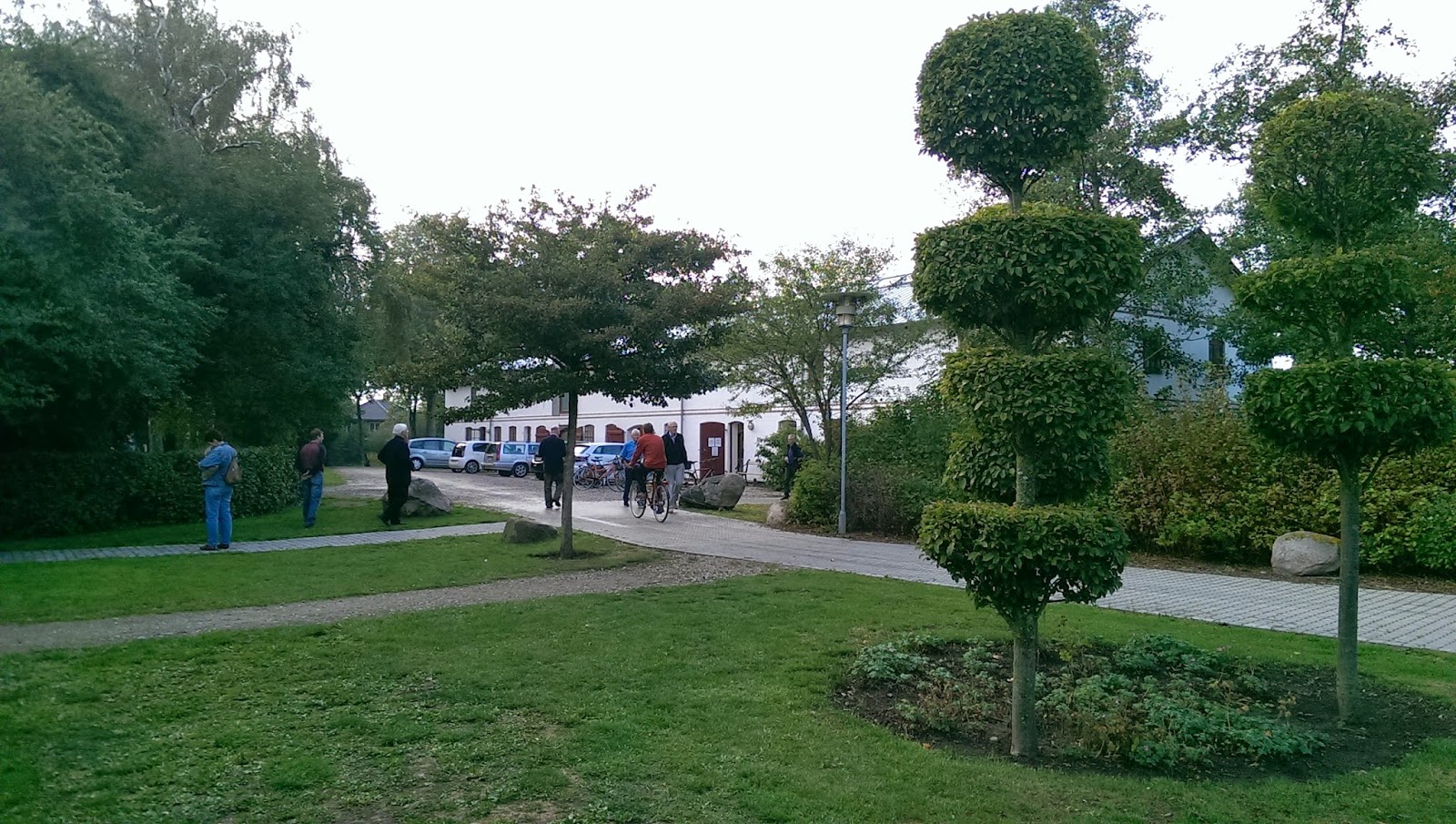 This was a vibrant event attended by around 150 wood firers from 19 countries. The centre has great facilities, well equipped workshops and includes some interesting wood kilns. I was part of the panel presenting on Wood-firing in education. 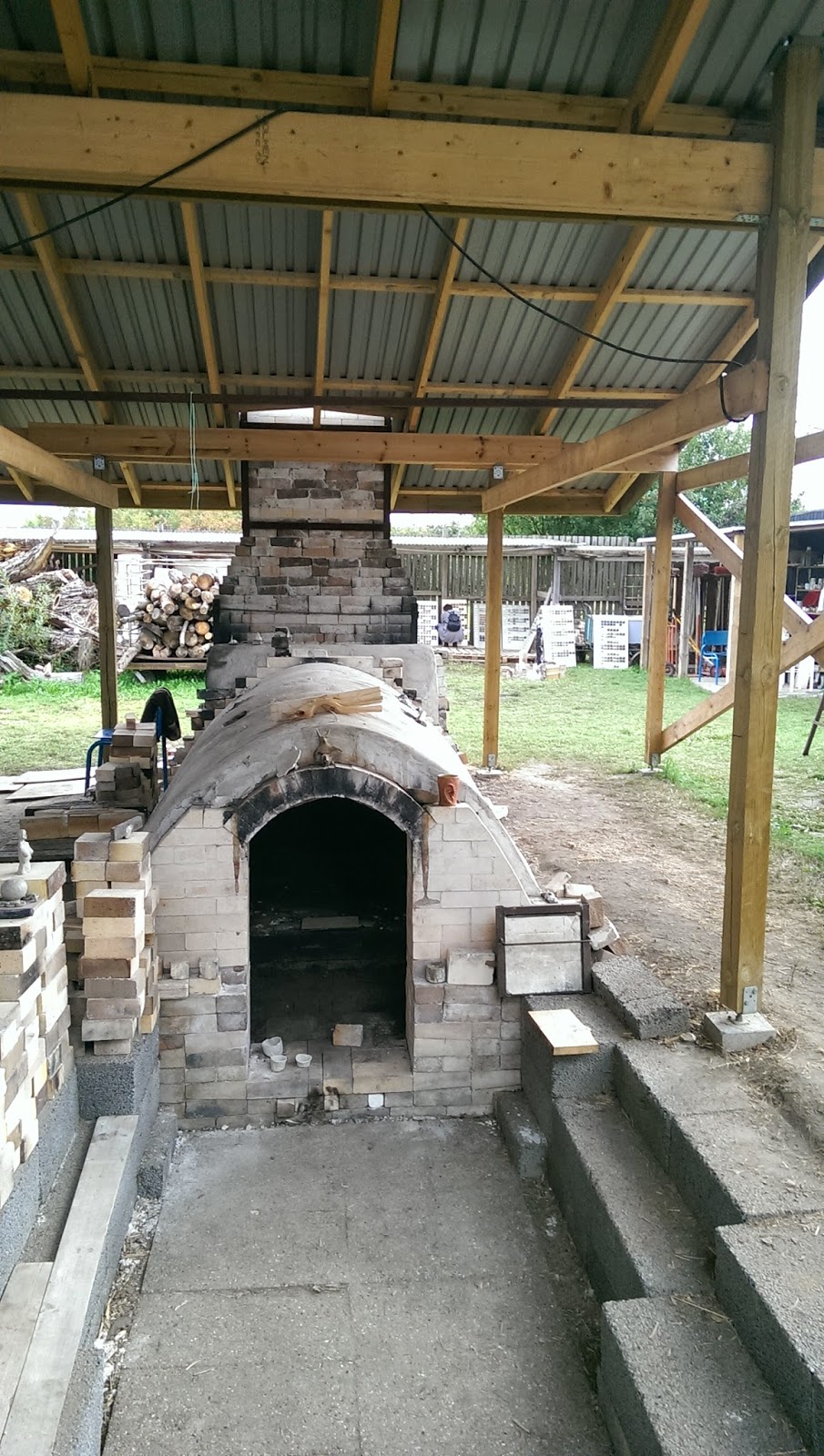 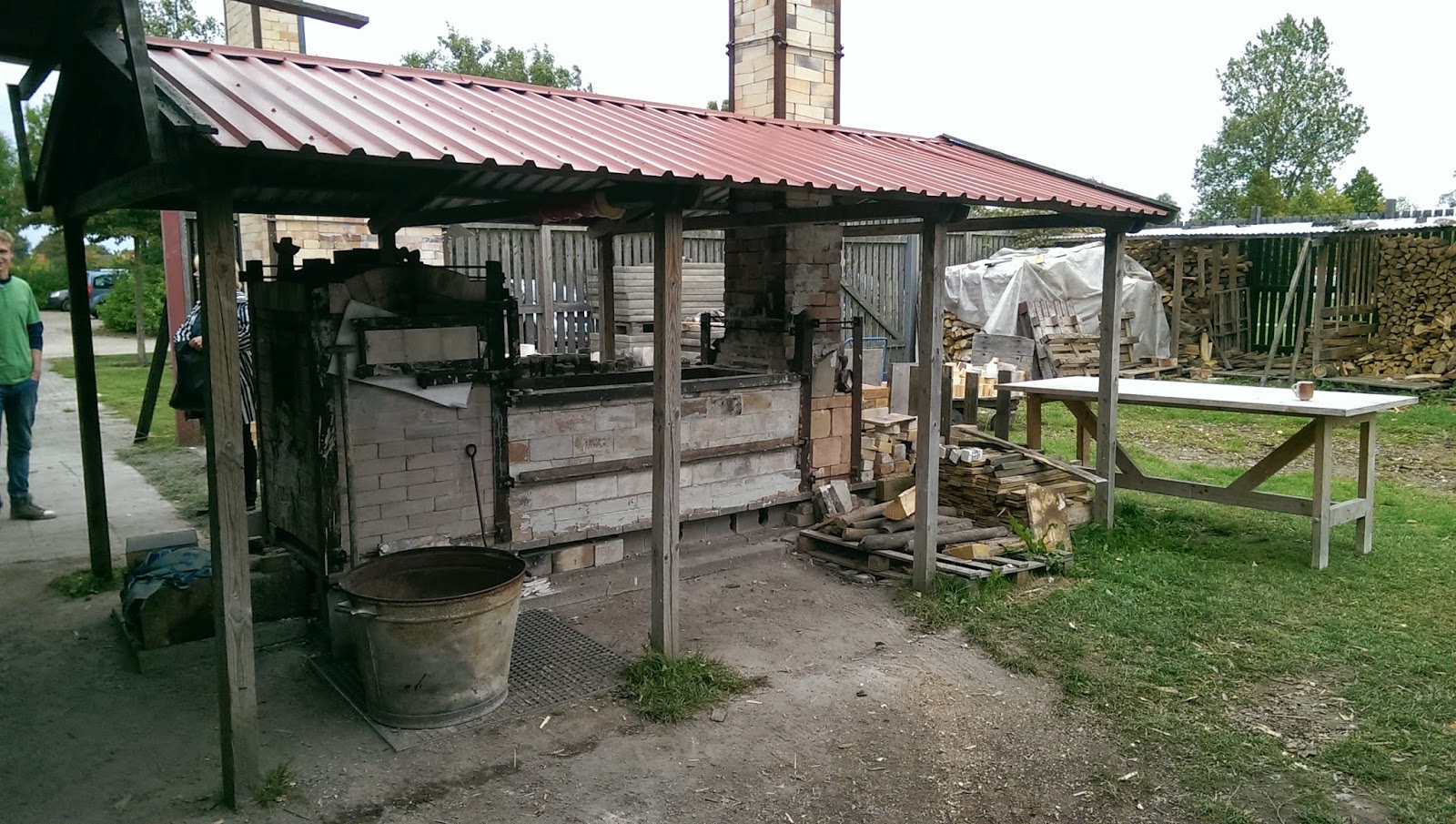 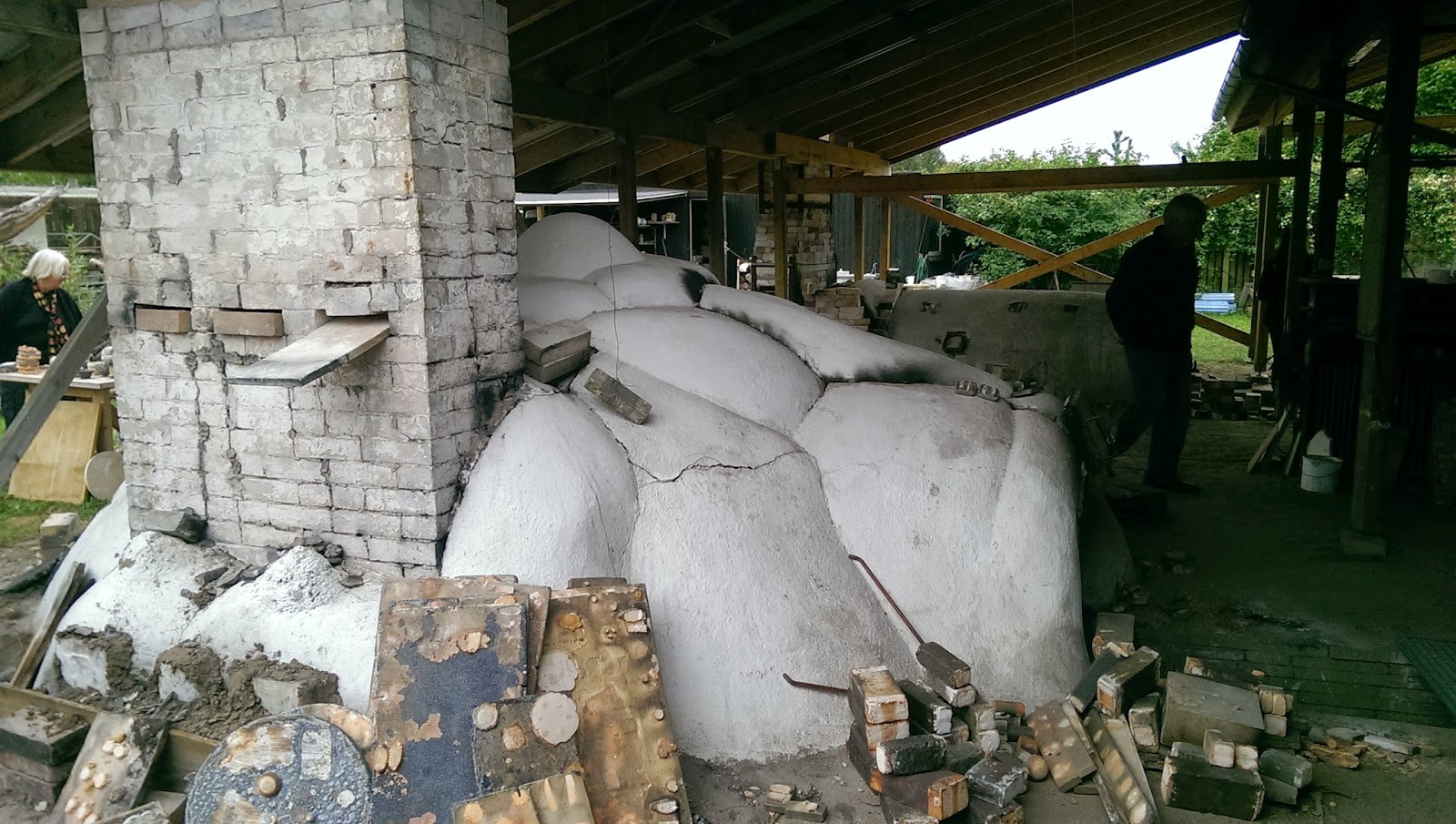 Skaelskor, is a lovely small town on the edge of a fjord. 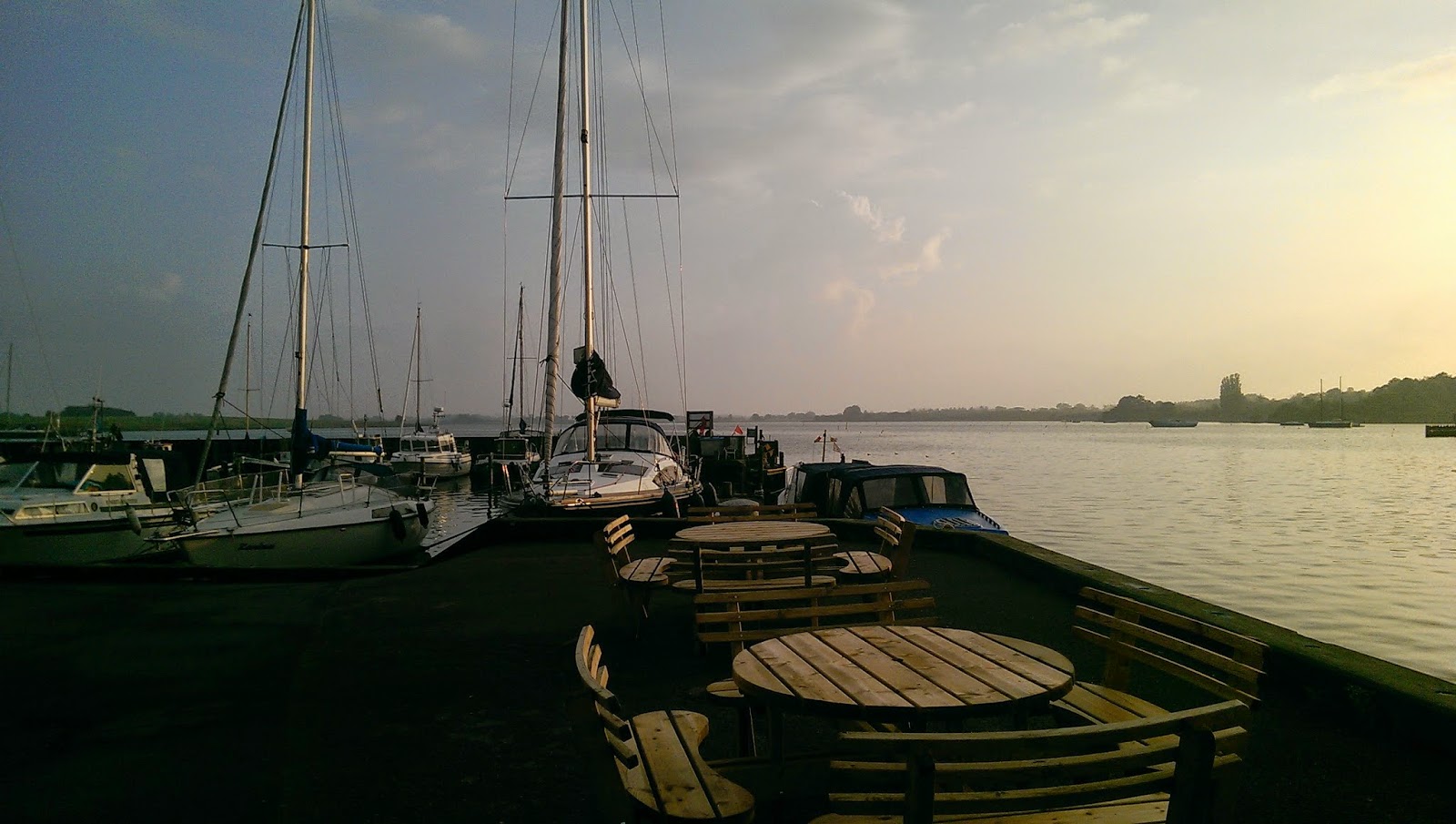 As the nights start to draw in, it's now time to start thinking about the next firing in the Wysing Arts Centre kiln. Earlier in the summer Steve Parry and I got the soft wood down and stacked, just need to get the hardwood down there over the next few weeks for firing hopefully around early November. 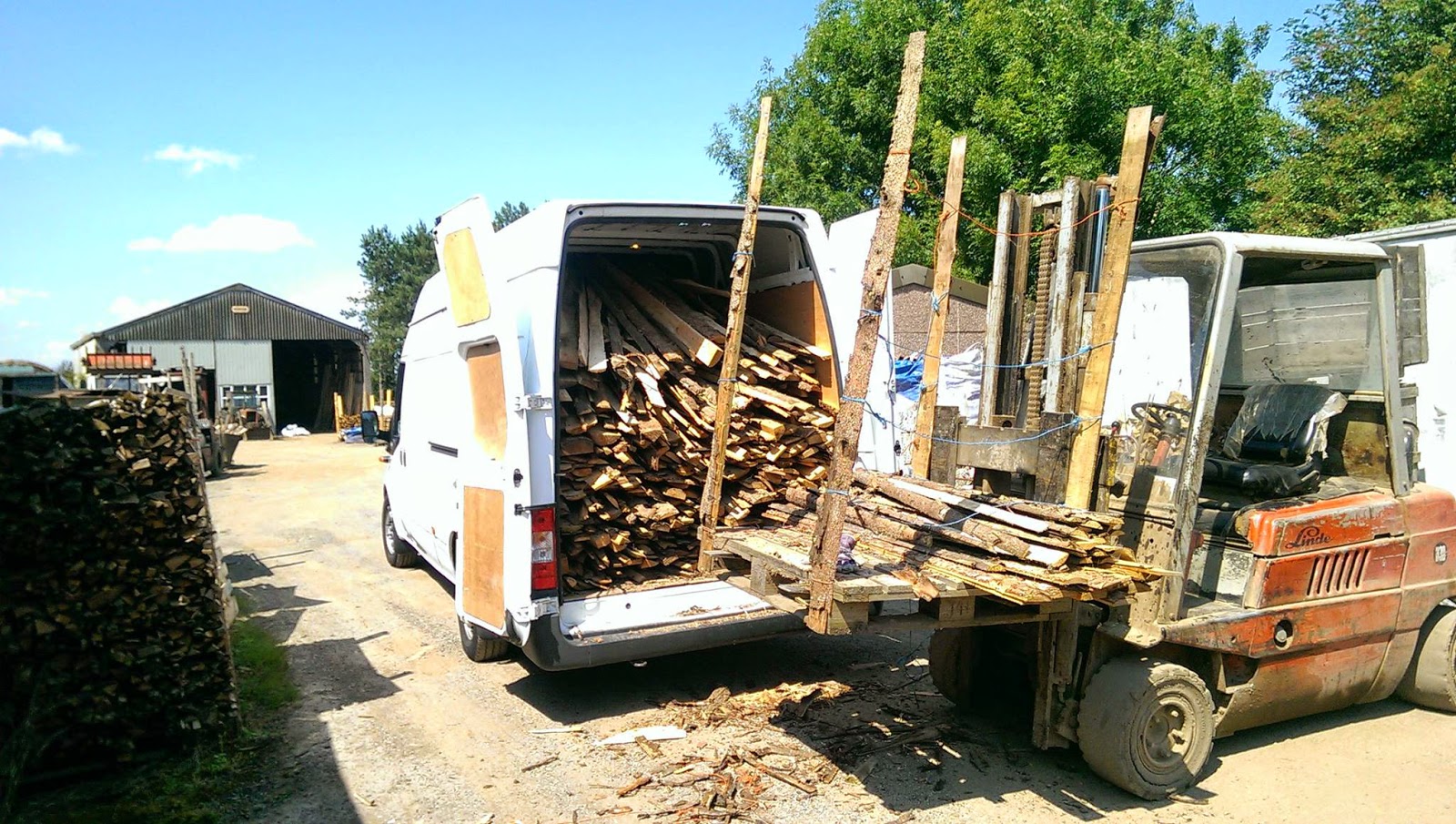 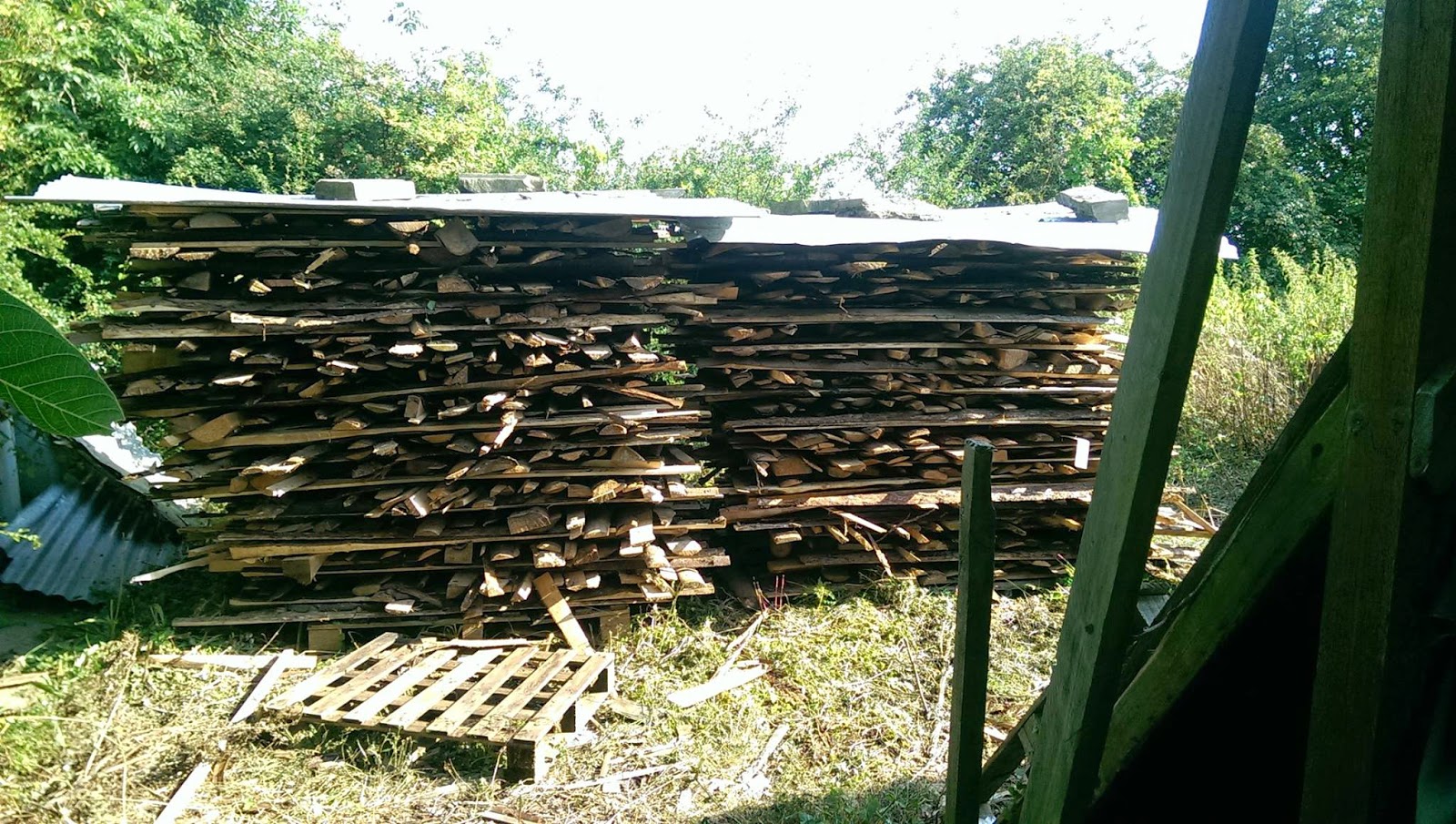 I have some pieces which are being shown as part of a new exhibition at Wysing Arts Centre  entitled "The influence of furniture on Love" . below is one of the pieces which stands about 120 cm tall.

Finally, another gratuitous plug for my "Firing kilns" book. Clicking on the title link will take you to the Bloomsbury web site for more information. :-)
Posted by Ben Brierley at 13:40 No comments:


Back from a successful Earth and Fire at Rufford Abbey in Nottinghamshire. It was a busy show and the sun shone for the whole event! Great to catch up with folk and enjoy the vast array of fine work. Now it's time to reorganize my stand and work for Art in Clay which begins next week. I'll be demonstrating throwing and hand building next to my stand for the 3 days.
I have also now packed up work which is destined for Warwickshire open studios where I will be showing with my sister in law Claire Brierley.


I will be down there on Sunday 13th July demonstrating throwing on the wheel. Busy busy :-)

Posted by Ben Brierley at 12:12 No comments:

All my work and stand are now ready to be packed in the van for the Earth and Fire Ceramics festival set up tomorrow. The show opens on Friday 10am - 5pm and runs through till Sunday. Weather looks as though its going to be kind this year so hope to see you there.
Posted by Ben Brierley at 11:18 No comments:

As the weather finally starts to warm up, so the shows begin. Two weekends ago was the Ceramics in Charnwood event. 40 Potters and ceramic artists from across the East Midlands showing their work in Loughborough town centre. A great event, with the sun shining and plenty of people coming to see all the varied work on display.

I also recently received and advanced copy of the book that I've been writing for the Bloomsbury 'New Ceramics', series. It's great to see it finally finished and all my thanks go to those potters and Ceramic artists that contributed images and information. It goes on sale July 3rd.

On the publication front, I also had a short article published in The Log Book this month, documenting the building and firing of the new Anagama kiln at Loughborough University School of the Arts. 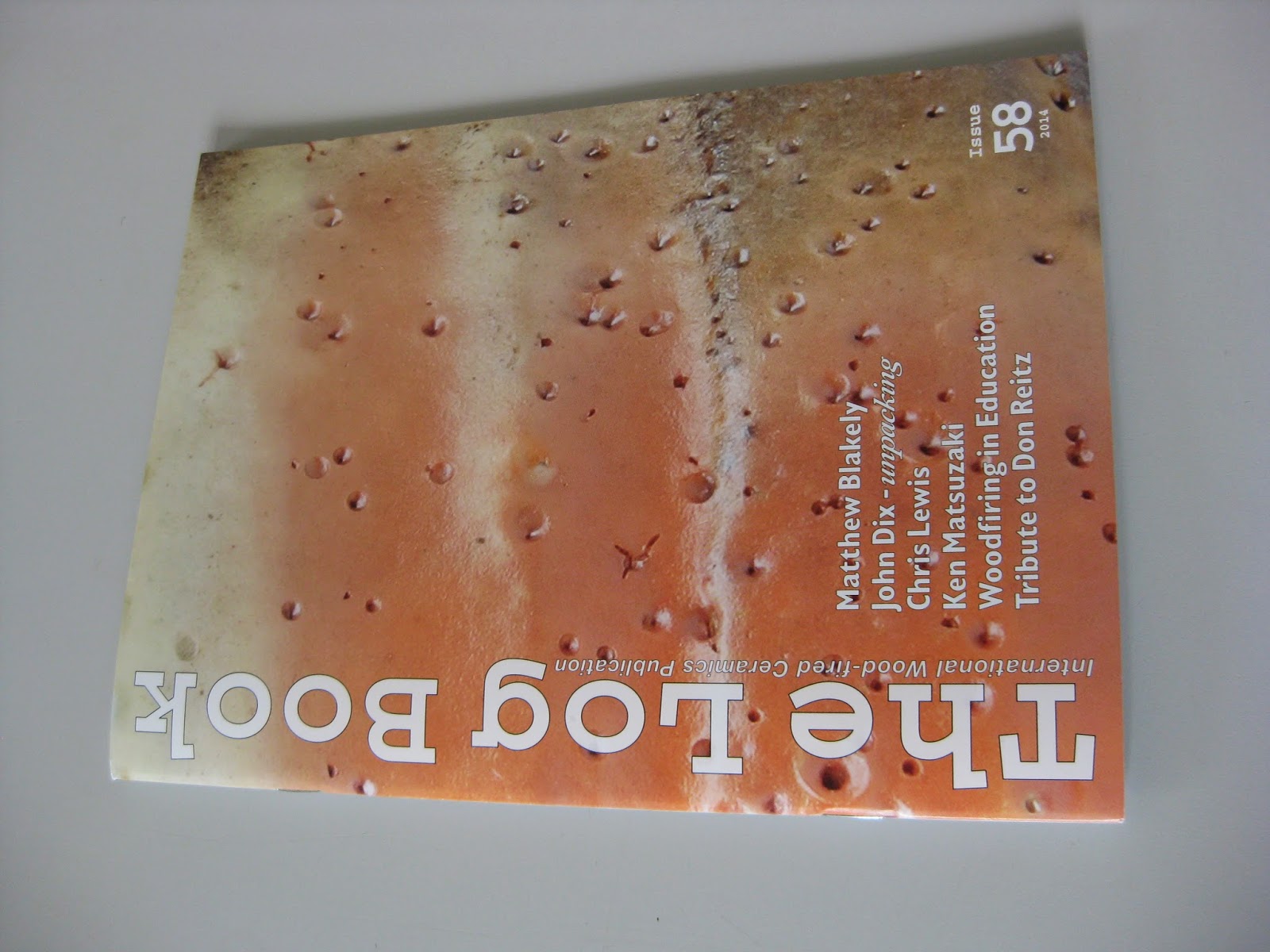 Now it's time to start sorting out my stand and selecting work for Earth and fire at the end of June, followed by Art in clay two weeks later. I'll also be getting a firing load of wood down to the kiln at Wysing Arts Centre in preparation for a firing in the Autumn at some point. Then it's off to the International Ceramic Research Center, Guldagergaard, Skaelskor, Denmark at the end of August for the 2nd European wood Fire Conference where I'll be talking about wood firing in education. All in all it's shaping up to be a busy and exciting summer. Oh, and I'll also be starting to make new work for the Autumn firing. And breath :-) 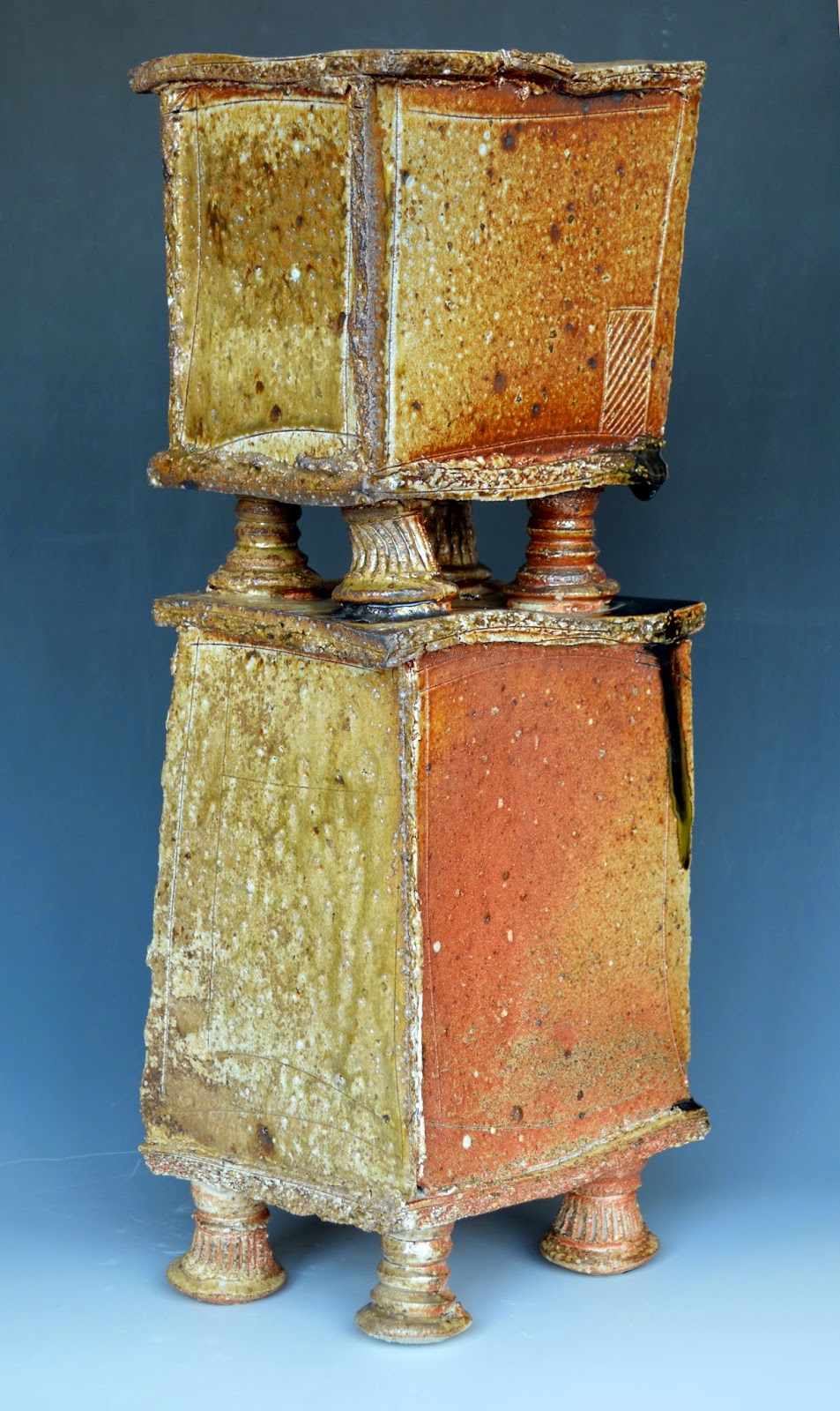 Posted by Ben Brierley at 11:26 No comments:

It's been just over a week since the kiln was unpacked. Really pleased with the work which came out of it. I'm still in the process of documenting it. Some images were taken quickly as the work had to go off to a show at the Beetroot tree gallery in Derbyshire. Here is a taster.

I have also put together a short(ish) film which follows the firing through from packing to unpacking, which can be viewed below.

After three days of packing, the kiln is now ready for firing. The grate is fitted and the wicket bricked up. Hopefully I've managed to keep the wood dry! As tomorrow is forecast to be the driest day, I'm intending to try and get most of the wood cut while the kiln is relatively slow. I will attempt to update this blog through the firing, but will also be filming it to upload after the event. 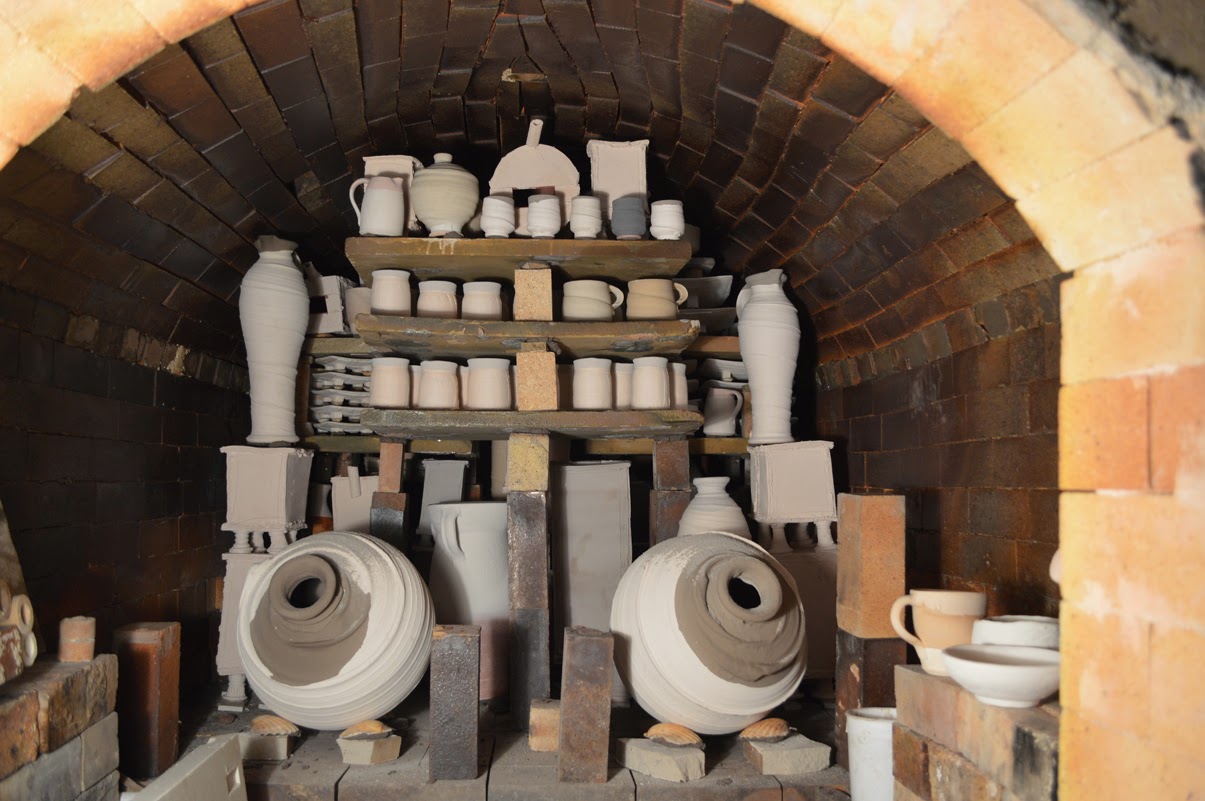 Posted by Ben Brierley at 14:24 No comments:

Well, a little late I know but momentum is now building for my next firing which will be from 13th - 16th February. Clay has been mixed, work constructed and thrown and the on going battle with the elements to keep the wood stacks dry cautiously being won; so all systems are go.
Below is a sneak  image of some of the pieces which will go into the firing along with beakers, shots and more thrown pieces, and a few re-fires from previous firings. The darker clay body pieces will be glazed, with an opacified ash glaze. The paler pieces are my course body with pink granite and cordierite which will have no glaze applied.

Other projects which are nearing completion include an article for the Log Book on the building of the new kiln which hopefully will be published in May. Also my book "Firing Kilns", is nearly completed and (Shameless plug!), can be pre-ordered from Amazon now with the publication date in July.

So far this year: I have a show at the Beetroot tree gallery, Derbyshire 1st March - 12th April. I'll also be showing at "Ceramics in Charnwood" on Sunday 18th May, Earth and Fire at Rufford Country Park 20th - 21st - 22nd June, and Art in Clay at Hatfield house 4th - 5th - 6th July.

As the firing gets closer I will update the blog more frequently. I'll be packing the kiln on the 6th and 7th Feb with the help of Steve Parry who will as always, be helping with the firing.

Posted by Ben Brierley at 12:19 No comments: