Well, it's been 4 weeks since the firing in the Wysing kiln which went very well. We were lucky enough to have some fantastic dry and warm weather which made it even better, my last 3 firings its been rubbish, either pouring with rain or snowing.

It's been a bit chaotic here over the last few weeks as undergrads set up for degree shows and post grads for assessments, but I've finally managed to take and sort out a few images from the firing. 2 weeks ago I also took part in the Ceramics in Charnwood Ceramics market in Loughborough town centre which is in its 3rd year and is organised as part of craft and design month. 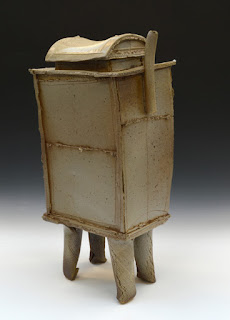 This body of work was made specifically for this firing and are all lidded boxes. They range in size from around 65cm tall to about 30cm tall.

I'll be exhibiting some of these at Earth and fire at Rufford Country park on the 21st to 23rd of June and at Art in Clay at Hatfield house on the 5th - 7th July.

All pieces have been handbuilt using a course high iron crank body and then either a semi porcelain casting slip or a black engobe applied. 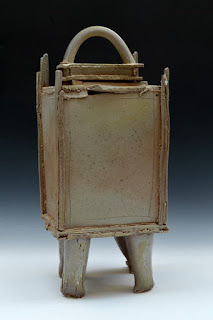 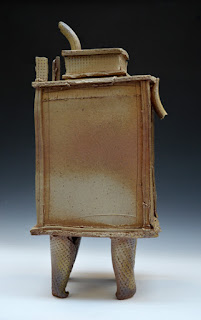 Here are a few images of the packing: 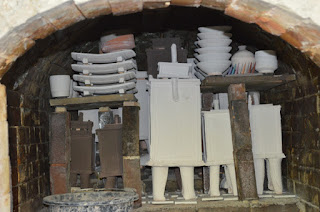 A nice domestic scene of the night shift. Kitchen on the left and some comfy chairs. 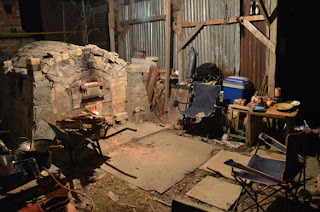 The first glimpse of the pack!

Posted by Ben Brierley at 17:06 No comments: