And the ash and dust settle.

The new (28 degree), kiln has just completed its second firing. We fired for 4 days and 3 nights a total of 77 hour firing. I was assisted by Mr. Parry , with a couple of welcome night shifts from Mr. Gray and Mr. Bird. 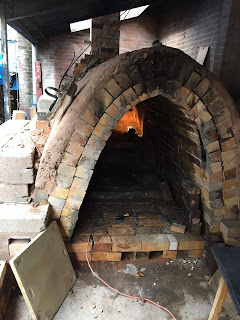 The kiln took about 11 hours to pack. We had some large Pots which were side fired from Henry Bird one of the School's final year students. 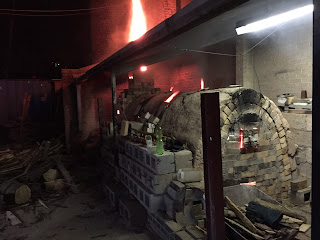 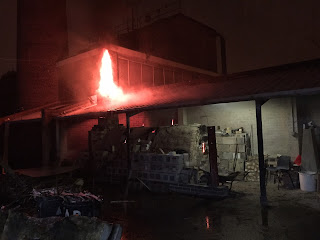 The kiln was reduced very heavily for about 12 hours around 1000 C with some amazing carbon spider webs forming over the work which were very transitory, being only visible for 10 minutes at a time. The kiln would change atmosphere and the webs would disappear only to form again a little later. They are very hard to photograph due to the inability of my camera to cope with the glare, but they can just be seen in the image below in the cooler gap just below the visible shelf on the right. 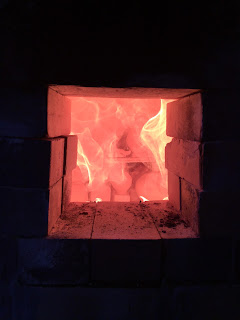 We had the first snow of the year during the Saturday night with minus temperatures, which made sleeping in the van interesting. Fine once wrapped up in sleeping bag and duvets but challenging getting in and out. 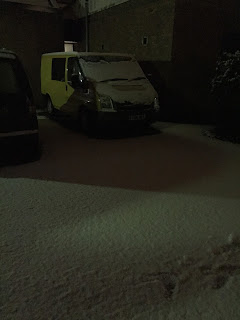 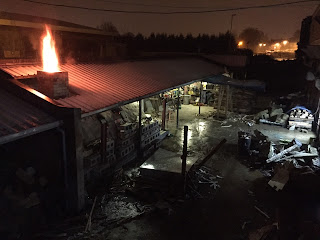 We finished the firing at 2pm on the 4th day. Had lunch and packed away the kitchen and went home for a rest. After 4 days of cooling the kiln was opened. Steve Parry had a tumble stack of handle-less cups on the front shelf which had moved off there wadding, so, the last job of the firing was to go into the firebox with a long iron rod and lift each sticky cup and place it in the firebox. They can be seen in the image below as they were when the door was unbricked. 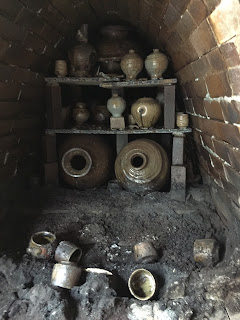 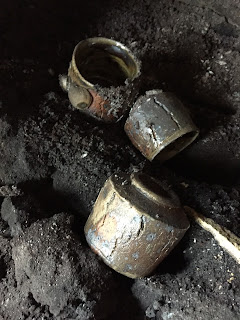 Here are a few examples of my pieces which came from the firing. 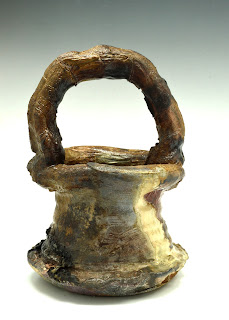 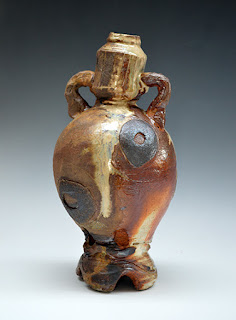 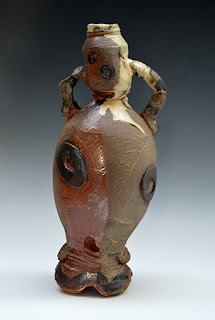 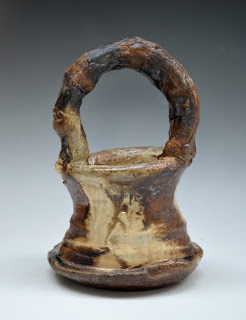 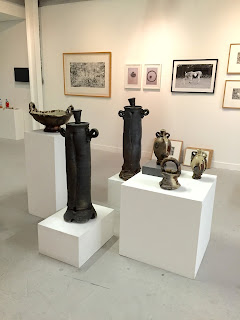 Below are 2 of the 3 large jars by Henry out for semester 1 assessment. 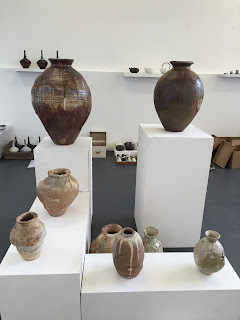 All in all its been a busy start to 2016 . I'm also pleased that I've been accepted to show at Art in Clay and Hatfield in August and Farnham in November as well as showing at Ceramics in Charnwood in May, Warwickshire open studios in July and Ceramics in Southwell in September. I'm off up to stoke tomorrow to collect materials for mixing up my next batches of clay in preparation for the next firing in May, and so the cycle begins again :-)
Posted by Ben Brierley at 16:37 1 comment:

A little late I know. First blog of 2016 and preparation is well underway for my first firing next week and as is traditional, the temperatures are set to plunge, so it's going to be in minus degrees sleeping in the van brrrrrr! The kiln is cleaned out, all the pots made, Wadding mixed, cone packs dry, still a bit of glaze to apply.

I've managed to keep most of the wood dry enough through the wet weather so hopefully all systems go.

Packing on Wednesday which will be a long day, and then firing Thursday morning through till Sunday lunchtime (ish). 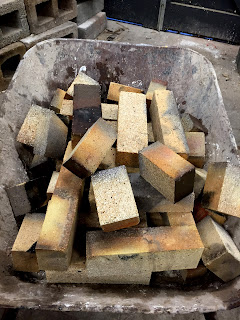 Here are a few pieces awaiting the firing. 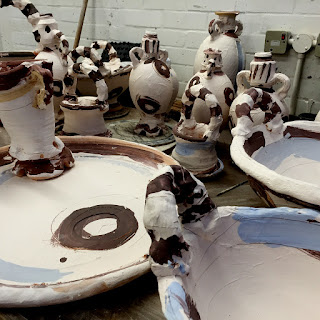 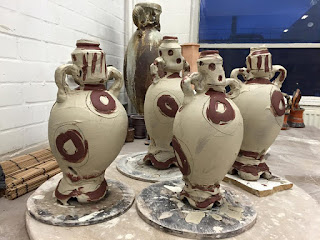 I had a very enjoyable visit to The Ceramic studio in Warwickshire just before Christmas where I was invited to spend a day demonstrating making one of my large vessels. 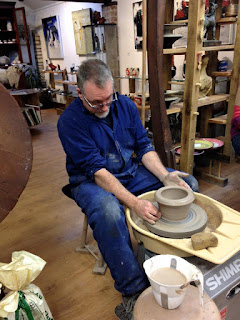 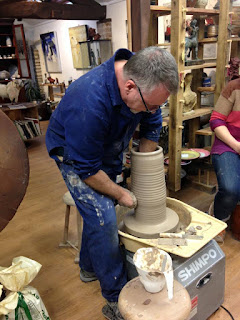 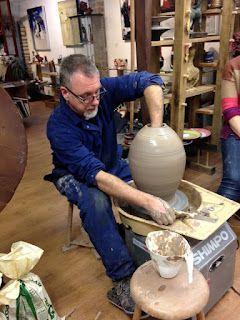 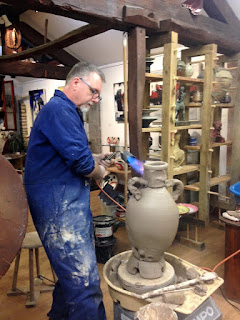 I've also been experimenting with a small wood fired kiln. This was originally built to fire to high earthenware temperatures, but also fires very easily to stoneware producing some good flashing. This is an ongoing exploration for this year, potentially using some of the local red clays from Charnwood to make with. 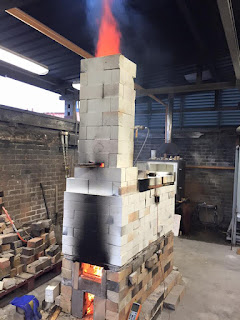 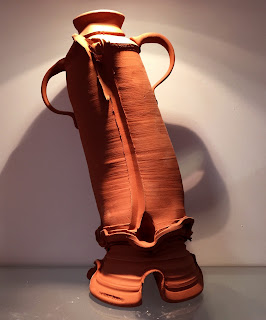 I'll update after the firing :-)